Roughly 1 in every 330 households report a home fire every year in the US. There is a house fire every 98 seconds and a death once every three hours. Even though over 7 billion in property damage happens every year, 30% of smoke alarms do not work when tested, and smoke alarms are not sounded in 47% of house fires. We are working on algorithms to render any camera enabled smart device (e.g. cell phone, tablet, computer, nanny cam, etc.) into a working smoke detector thus delivering constant, ubiquitous smoke detection and monitoring without the aid of additional harware.

The figure below describes the concept behing camera-based smoke detection. In the figure shown below, a camera enabled smart TV continuously monitors a living room environment for smoke, while differentiating it from common daily life events (e.g. motion). When smoke is detected, an alarm is sound and the device can be programmed to notify the appropriate authorities. Also in the figure below we show the same concept this time embodied as an app in a smartphone. The concept can be applied to any camera enabled smart device (tablets, laptops, desktops, home cameras, etc.) without the need for installation, calibration, or additional harware. 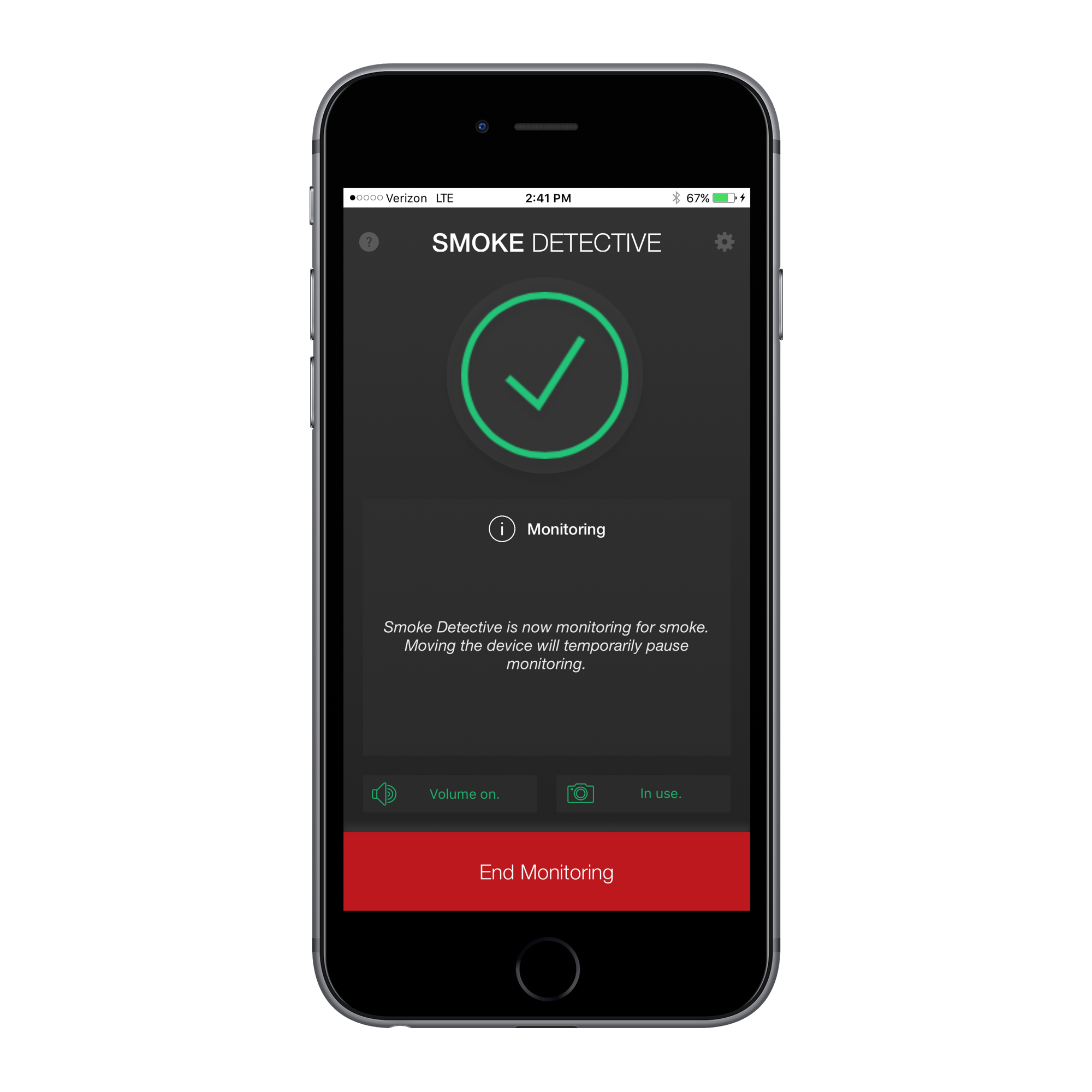 We have implemented the concept above into a consumer mobile phone application. The user needs only to download the app and press "play." No additional hardware, installation, calibration procedures are required. The app concept won a tech innovation award, in the category "Tech for a Better World" category, at the Consumer Electronics Show (CES) 2019. 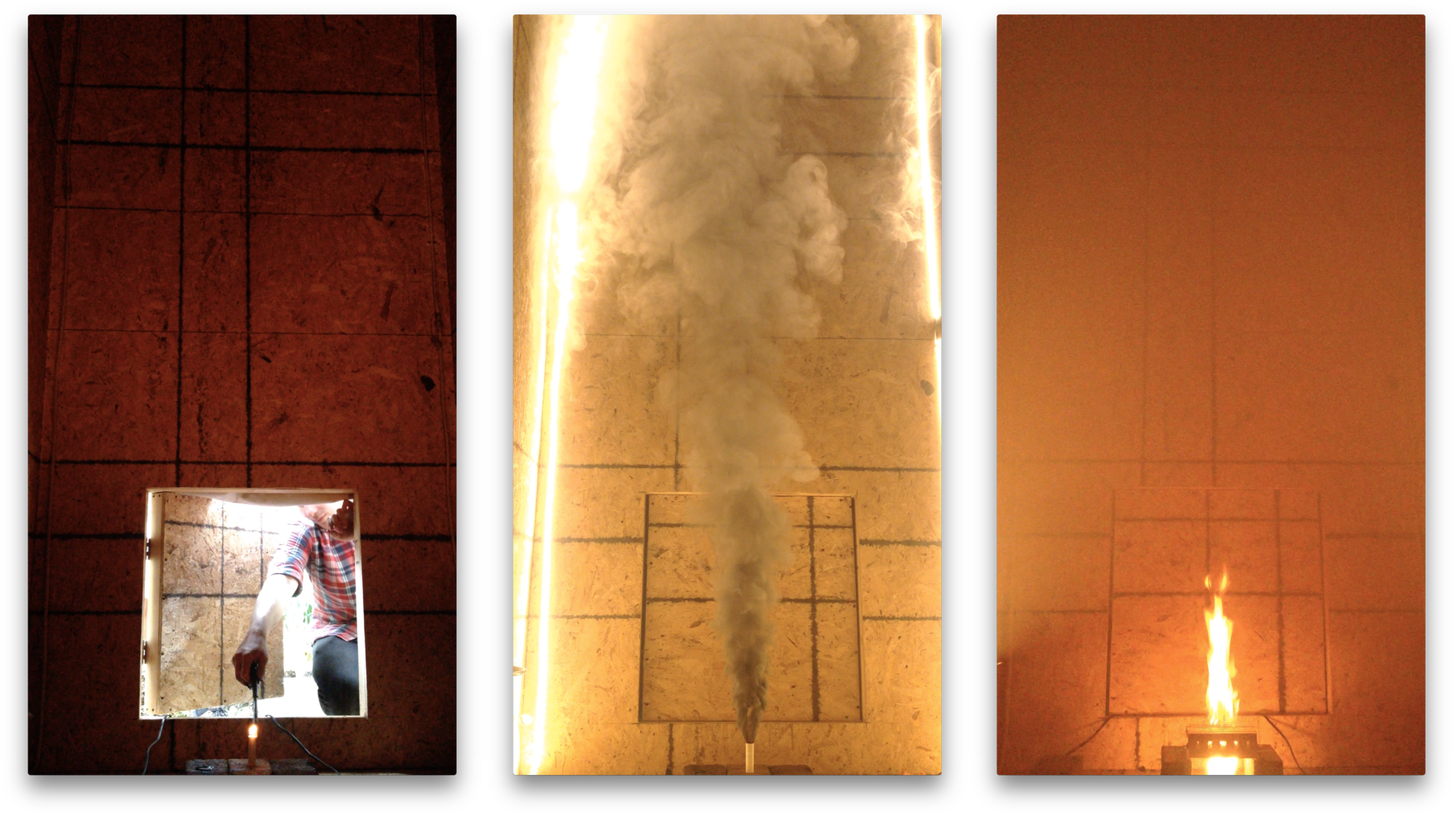 We extensively test our technology according to Underwriter Laboratories (UL) starndards. Smoke comes in a wide variety of forms depending on the specific fuel source and burn rate. In general, flaming fire sources will have more buoyancy and velocity to the smoke produced than a smoldering fire source. Smoldering fire sources will have larger smoke particles that generally have a lower velocity due to a lack of buoyancy. Smoke colors vary depending on fuel composition and temperature. UL Standards 217 and 268 both specify standards for electrically operated smoke alarms, and propose a specific series of fire performance tests to cover a wide range of smoke types. All these can be safely simulated in the test environment in a variety of illumination conditions. Results using 17 different fuel sources have shown the video-based smoke detection technology, implemented in a mobile phone app, can detect smoke earlier than both ionization and photoelectric standard detectors. In addition, we also conduct tests in cooperation with the professional fire fighting community, as well as volunteer fire fighters. Testing the technology during so called "live burns" is essential to ensuring its applicability to more realistic scenarios.

Click on the video below for a demonstration of the technology implemented on a mobile phone app.